Kids and pets: Don't leave them in the car on hot days

Photo: Texas Children's Hospital. It's never safe to leave a child unattended inside a vehicle.

MANSFIELD -- There was at least one piece of good news from the COVID-19 pandemic. The number of U.S. children dying from heatstroke after being left in a car dropped by more than half.

As more people worked from home, the instances of a harried mom or dad rushing to work, and forgetting their child was in the backseat, diminished across the country.

And with advances in technology, there is no reason numbers should have to climb again. 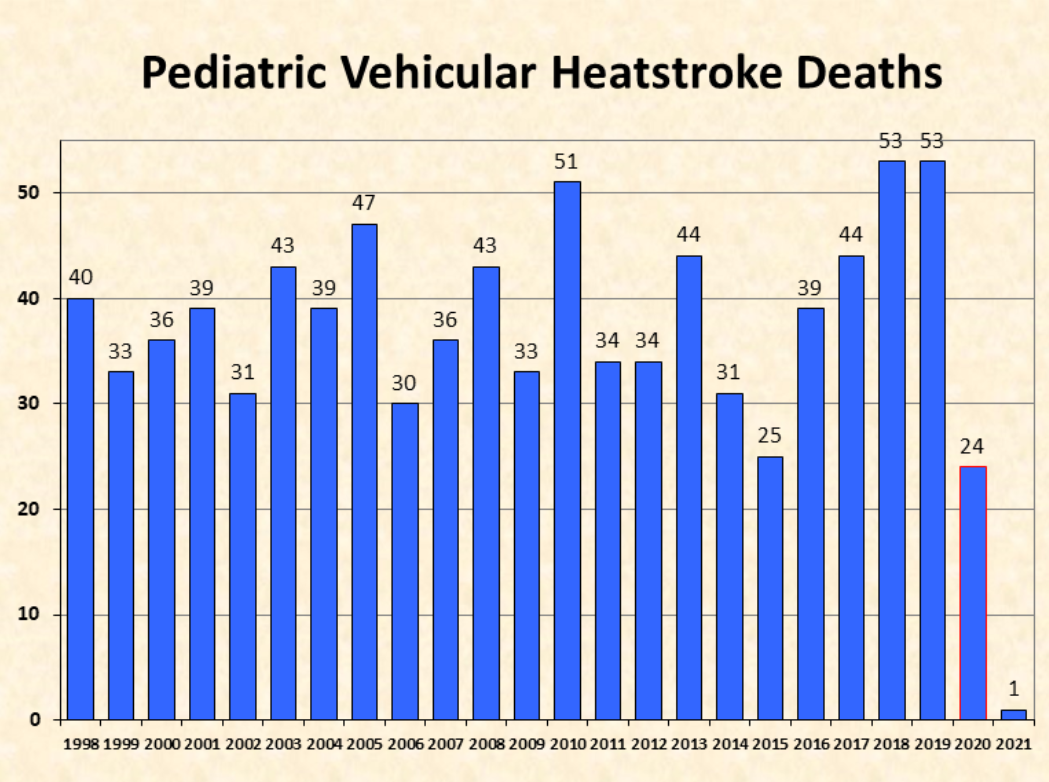 According to the website www.noheatstroke.org, 883 U.S. children have died after being left unattended in cars since 1998, a population roughly equivalent to the villages of Plymouth or Butler. In more than half of these cases, the parent was unaware or had forgotten their child was even in the vehicle, experts said.

As the country launches into the traditional summer months, and temperatures rise, local officials caution residents about the dangers of leaving children, and even pets, inside parked vehicles.

"People are of the mindset it will never happen to them," said Reed Richmond, educator for Richland Public Health. "We ask if you're going to transport a child anytime, even if it's something you do on a regular basis, put something in the backseat that you need.

"It could be a badge you need to swipe to get into your office, a briefcase, a purse ... some people have even taken off their left shoe and put it next to a car seat in the back."

Medical experts point out a child's body can't efficiently regulate its temperature. According to the American Academy of Pediatrics, their bodies can heat up three to five times faster than adults.

In fact, research shows for children that PVH is the leading cause of non-crash vehicle deaths, according to the National Highway Traffic Safety Administration.

“Even with the windows rolled down two inches, it only takes 10 minutes for the inside of a vehicle to reach deadly temperatures on a hot summer day,” said David L. Strickland, NHTSA administrator.

“Children should never be left alone in or around a motor vehicle, not even for a quick errand. Any number of things can go critically wrong in the blink of an eye."

"It's a never safe to leave a child alone in a vehicle, even if it doesn't feel warm or you've cracked a window," she said. "Any caregiver or parent, can forget a child is in the back seat.

"If there is a change in your routine, or you become busy or distracted that can increase the risk of forgetting a child is in a vehicle."

She said the agency encourages parents to establish a routine to keep their children safe and prevent tragic deaths in hot cars.

Technology could soon eliminate the need for a parent to leave a shoe beside the child's car seat. Auto manufacturers are already producing new vehicles with this advanced safety protection.

For example, Hyundai has made its rear occupant alert technology available in 13 of its vehicles, including cars and SUVs.

According to the automaker's website, the system monitors the rear seats using an ultrasonic sensor that helps to detect the movements of children.

"The system first reminds drivers to check the rear seats when exiting the vehicle with a message on the center instrument cluster display," the website said. "If the system detects movement in the rear seats after the driver leaves the vehicle it will honk the horn, flash the lights and send a Blue Link alert to the driver’s smartphone via Hyundai’s Blue Link connected car system." 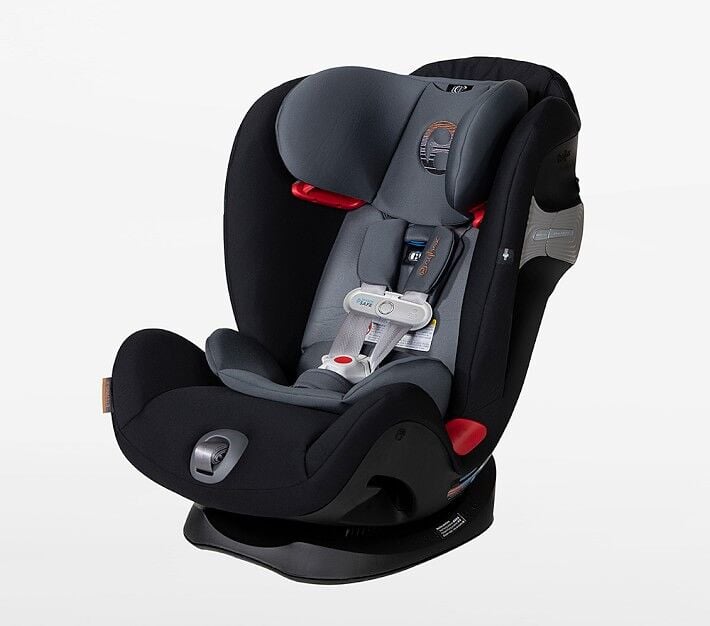 The Eternis S SensorSafe Convertible Car Seat features an alarm to let parents and caregivers  know when their child is left in the car or if he or she unbuckles the chest clip in a moving car. A device on the seat connects to a phone and alerts you when the ambient temperature in the car changes or if your child has been seated too long. The car seat fits kids 4-50 pounds in rear-facing mode, and up to 65 pounds in forward-facing mode

It will be years before all new vehicles are equipped with the technology. However, there are child car seats on the market that offer largely the same assistance.

The Eternis S SensorSafe Convertible Car Seat features an alarm to let parents and caregivers know when their child is left in the car. It also alerts them if the child unbuckles the chest clip in a moving car.

A device on the seat connects to a phone and sends an alert when the ambient temperature in the car changes, or if your child has been seated too long. 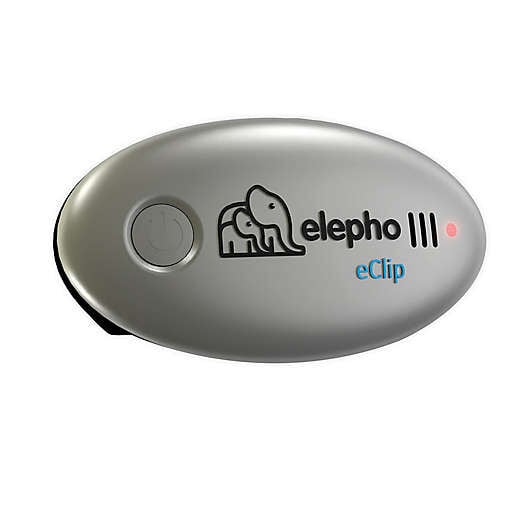 This car seat baby alarm attaches to the car seat or seat belt, connects to  smartphones, and sends proximity alerts. Turn it on and it syncs via Bluetooth to either a smartphone or an accompanying key fob. If a parent or caregiver gets out of their vehicle and walks more than 15 feet away without their child, an alarm goes off. It also has a built-in thermometer and will alert the driver if temps in the back seat get either too hot or too cold.

If that option seems a bit too expensive, parents and caregivers may want to consider something like Elephon eClip Baby Reminder Car Seat Alarm, which connects to existing car seats.

According to its website, the alarm attaches to the car seat or seat belt, connects to smartphones, and sends proximity alerts.

"Turn it on and it syncs via Bluetooth to either a smartphone or an accompanying key fob," the website states. "If a parent or caregiver gets out of their vehicle and walks more than 15 feet away without their child, an alarm goes off.

"It also has a built-in thermometer and will alert the driver if temps in the back seat get either too hot or too cold."

You should get into the habit of putting a personal item, like your phone or laptop bag, in the back seat even if your child isn’t with you. Doing this will force you to check the back seat after every trip.

Protect your pets, too

Richland County Dog Warden Missy Houghton warned it's not safe to leave pets inside vehicles on warm days. It may also be against the law.

"It's just as detrimental for animals as it is for people," Houghton said. "Animals are less effective at cooling than people.

"If (leaving the animal in a vehicle) causes distress to an animal, that could be considered cruelty to animals. If the animal is overheated in some way because of being left like that, that is animal cruelty."

For example, dogs can sweat via their paws, but their primary method of evaporated cooling when overheated is panting. When a dog gets hot, it opens its mouth and breathes heavily. As water evaporates from the dog's tongue, nasal passages and lungs, its helps lower its body temperature.

"Even when the vehicle's windows are left open a crack, you car still bakes inside when temperatures rise," Houghton said.

So what's her advice when people have to get out of their car this summer while leaving their pet inside?

"I would advise people to just leave (the pet) at home if they are doing anything that involves extra steps outside the vehicle," Houghton said. "That is going to be the safest for everyone involved."