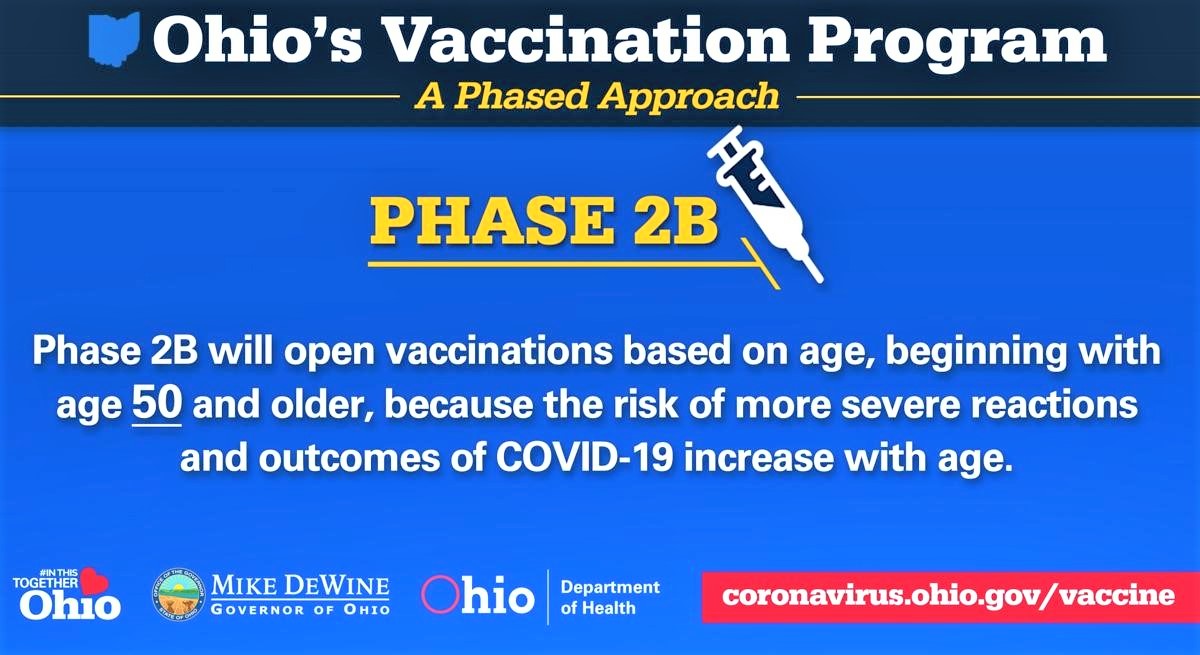 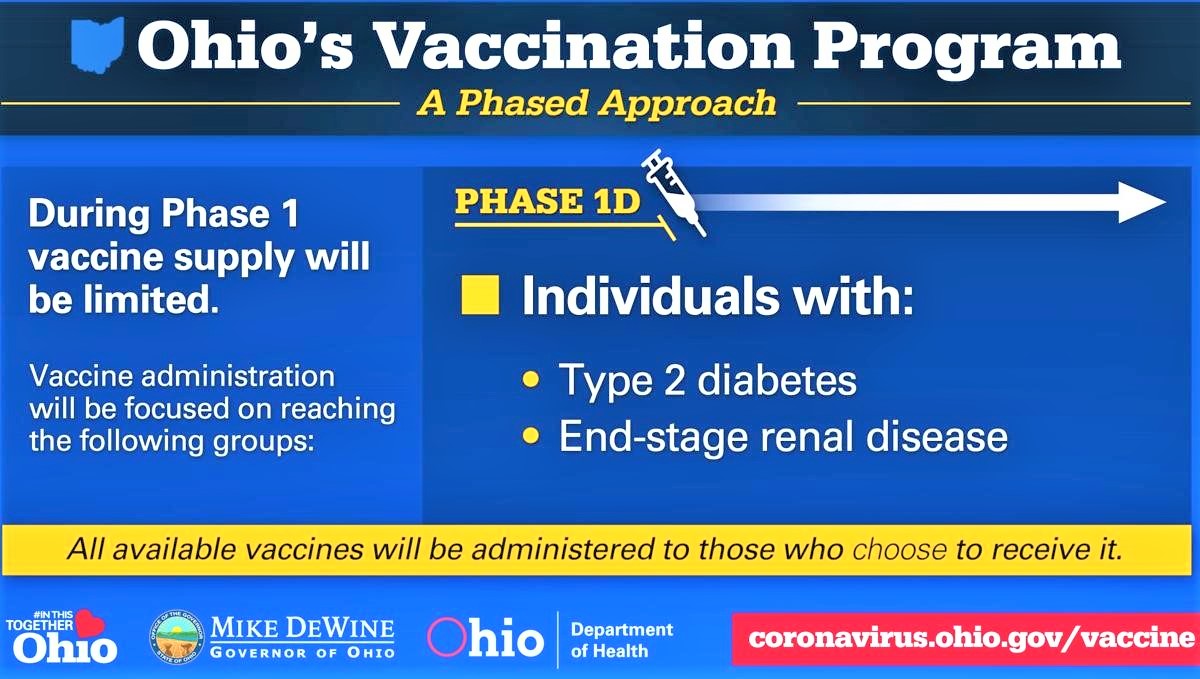 Residents of any age with Type 2 Diabetes and end-stage renal disease will also be eligible for the vaccine, the governor said.

The governor also announced that, beginning Monday, the Ohio Department of Health is scheduling vaccine appointments through its central scheduling tool.

The tool is on the Internet and can be accessed by going to http://gettheshot.coronavirus.ohio.gov on a computer, smartphone, or tablet, the governor said.

"Ohioans can use the tool to determine if they are eligible to receive the vaccine, schedule appointments, and receive updates and reminders. As of this morning, there were thousands of appointments available through the tool," DeWine said.

"We are requiring providers to either schedule vaccines using this system or another electronic scheduling system that interfaces with this portal. We believe this will streamline the scheduling process, reduce data lags, and provide real-time information on vaccination progress."

DeWine said the state will use the central scheduling tool for appointments for the mass vaccination clinics we announced on Friday, including the FEMA site in Cleveland, where the state anticipates up to 6,000 vaccines being given a day.

According to the ODH website, updated Monday at 2 p.m., 1,997,268 Ohio residents have received at least one-dose of the vaccine, or about 17 percent of the state's adult population.

In Richland County, 17,185 residents have at least one dose, or about 14 percent of the county's adults. Of those vaccines, 76 percent (13,021) have been administered to adults 60 and older, considered the most at-risk from COVID-19.

The governor also announced the state will observe on Tuesday the one-year anniversary of the first recorded case of the novel coronavirus in the state.

"To recognize the one-year anniversary of the first recorded COVID-19 case in Ohio, I have ordered that all U.S. and Ohio flags be flown at half-staff upon all public buildings and grounds throughout the state from sunrise to sunset (om Tuesday)," DeWine said.

According to the ODH website, the positivity rate among those tested for COVID-19 remains around 3 percent, down from 16 percent on Dec. 7.

In the multi-county hospital region that includes Richland County, there were 119 residents hospitalized on Monday, down from a peak of 1,059 on Dec. 16.